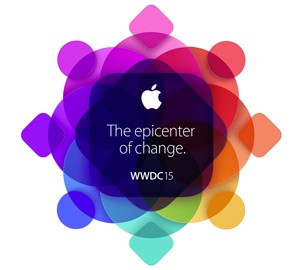 The dust hasn’t even settled from Google I/O 2015 and already the tech world is being hit with more major software announcements. Apple’s World Wide Developers Conference (WWDC) began on Monday, June 8, with an entertaining opening skit featuring drones, angry birds and the comedian Bill Hader. This was followed by a flood of new software updates and features ranging from stability improvements to an entirely new music service that is set to pull the entire music industry together and perfect the current fragmented music engagement model.

iOS 9 was the announcement most people, including us at NexSens, were eagerly awaiting. It has been rumored for a while now that the updates included with iOS 9 would be mainly focused on stability and bug fixes, much like Google’s next version of Android. It seems like Apple might have a different definition of a stability-focused software update, though, since there are quite a lot of new features packaged with the new version of iOS. The big one is multitasking support for the iPad. This will include split-screen views where two apps can run side by side on the same device and be interacted with at the same time. There is also SlideOver, which allows running apps to be pulled in from the edge of the screen and picture-in-picture making it possible to watch a video while doing work or responding to a message without any interruption. The iPad is also getting a mouse cursor! Using two fingers on the keyboard will act just like a touchpad to make selecting text easier. There will also be updates to Apple Maps, Apple Pay, and News Stand along with the Passbook being renamed as Apple Wallet. Siri is getting some major improvements as well and an updated ‘today’ view that will look familiar to Android’s Google Now users.

Apple also announced many updates and extended support for Apple HomeKit. HomeKit has a similar feature set to Google Brillo but Apple’s is much more focused for purely home use. Unless a lot more microprocessor/controller  manufacturers get on board and add support for HomeKit, it is unlikely that it will ever be able to be used in the way that Google Brillo should be able to.

Back to that crazy announcement about Apple music – it appears to be a direct competitor to Spotify, Rdio, Pandora, and SoundCloud as well as a successor to iTunes. It is completely cloud based and will allow up-and-coming artists, as well as hobbyists, to store and share their music through the cloud; established artists, bands, and record labels to stream and sell their music; and users to create radio stations based on their interests. They took a cue from Spotify and will make every song on iTunes streamable. There will also be a connect feature that will let artists and users interact via likes, comments, and sharing. This social music feature sounds an awful lot like MySpace. It took Apple a while to jump on the cloud-based bandwagon for music delivery but now that they have done it, they seem to be embracing it one hundred percent.

Cloud-based systems are the future of all data whether it’s music, movies, TV shows or environmental data. This is the reason why Apple has slowly been moving everything to a cloud model and why NexSens chose the cloud as the ideal platform for WQData LIVE.

Philip is a software engineer at NexSens Technology, Inc. He studied computer science and geology at The University of Dayton and is now NexSens' lead mobile app developer and product manager of WQData LIVE. He is the head writer for the Better Data Blog and has a passion for new technology. View all posts by Philip Flynn →